Trier is the oldest city in Germany.  It was the Roman ‘capital’ of the north, sitting in the ridiculously picturesque Mosel Valley (origin of moselle that was the sweet white cask wine of choice for many in the 1970s and seen wobbling precariously to the very top of my parent’s wine glasses).  Trier is beautiful, has a magnificent cathedral – so much extended and remodelled over the centuries that, whilst staggering in size and beauty and architectural craziness, would never have passed through the heritage sub-committee of any local government today. Trier has a stunning Christmas market complete with carousels, hot chocolate, sausages, churros, and a Rotary stall selling schnapps and gluhwein from 10am (Rotary Australia take note). 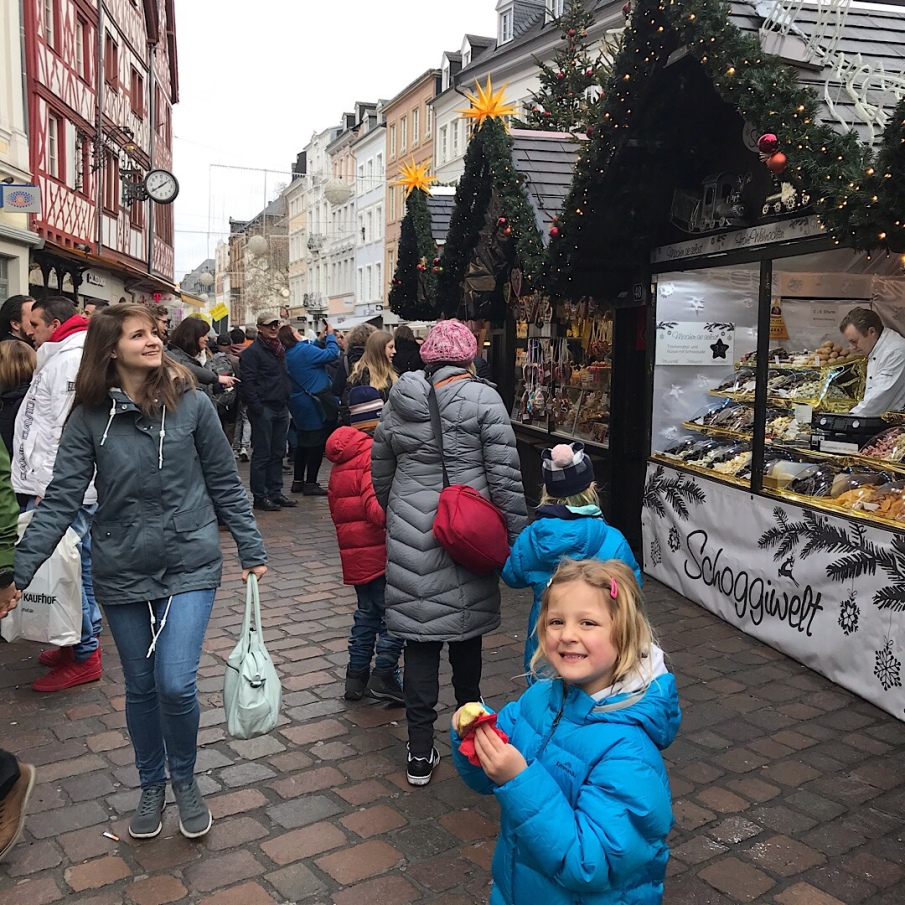 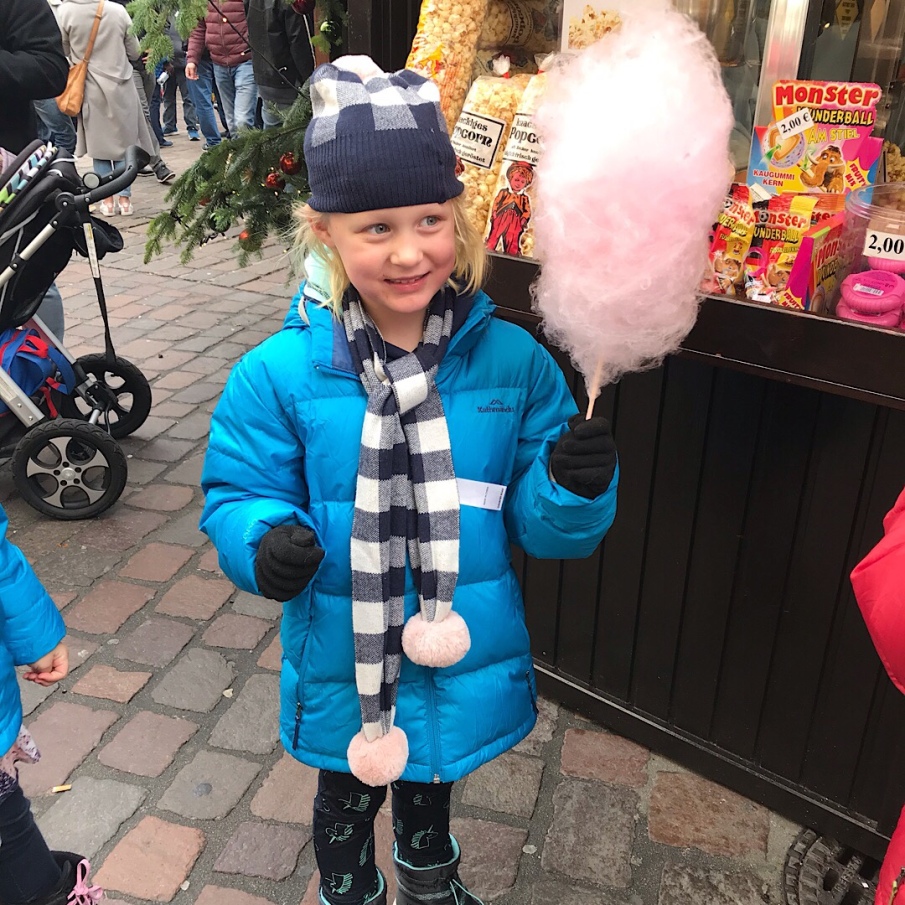 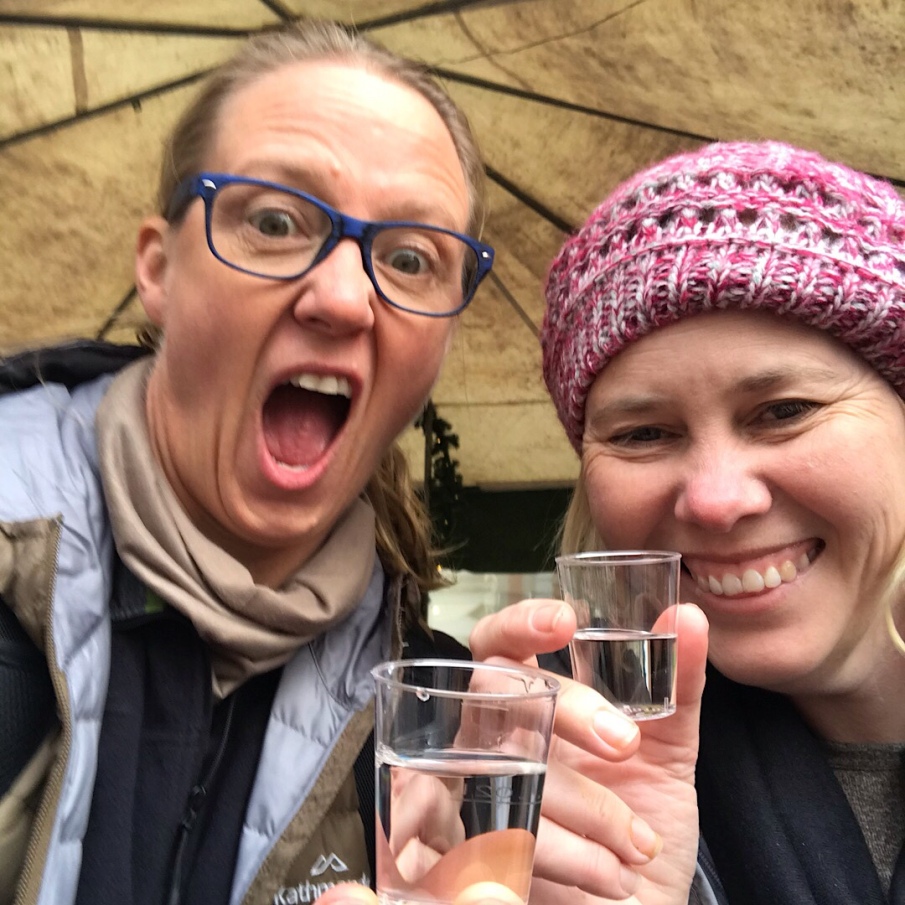 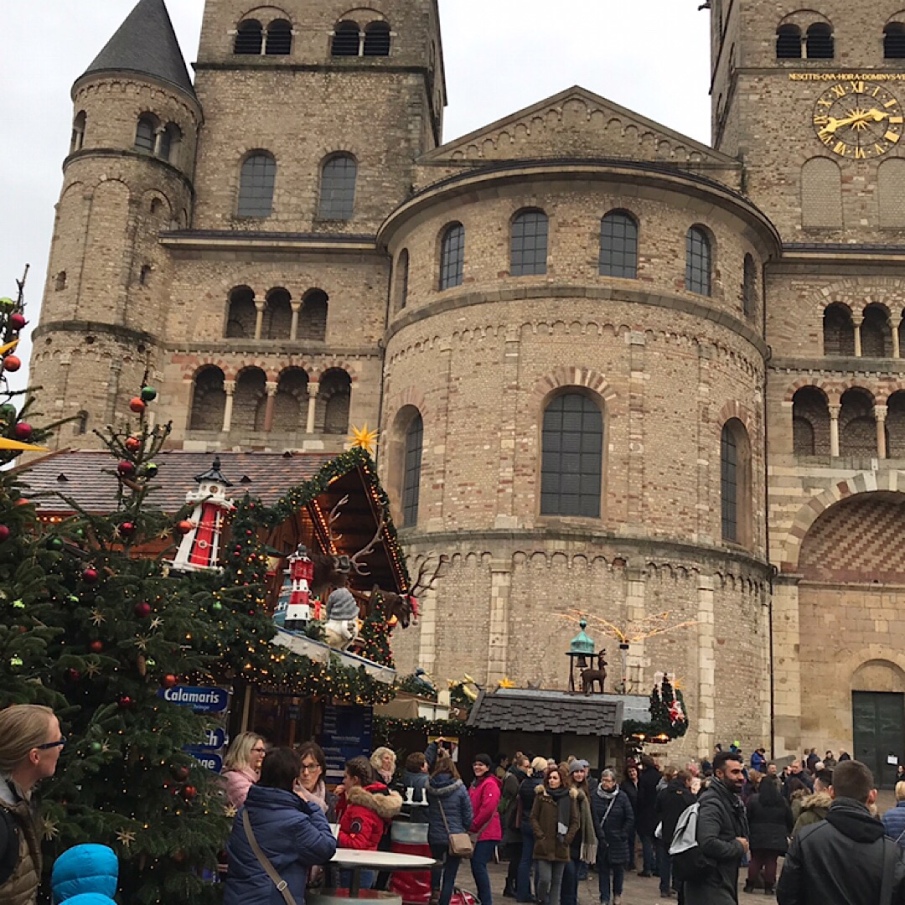 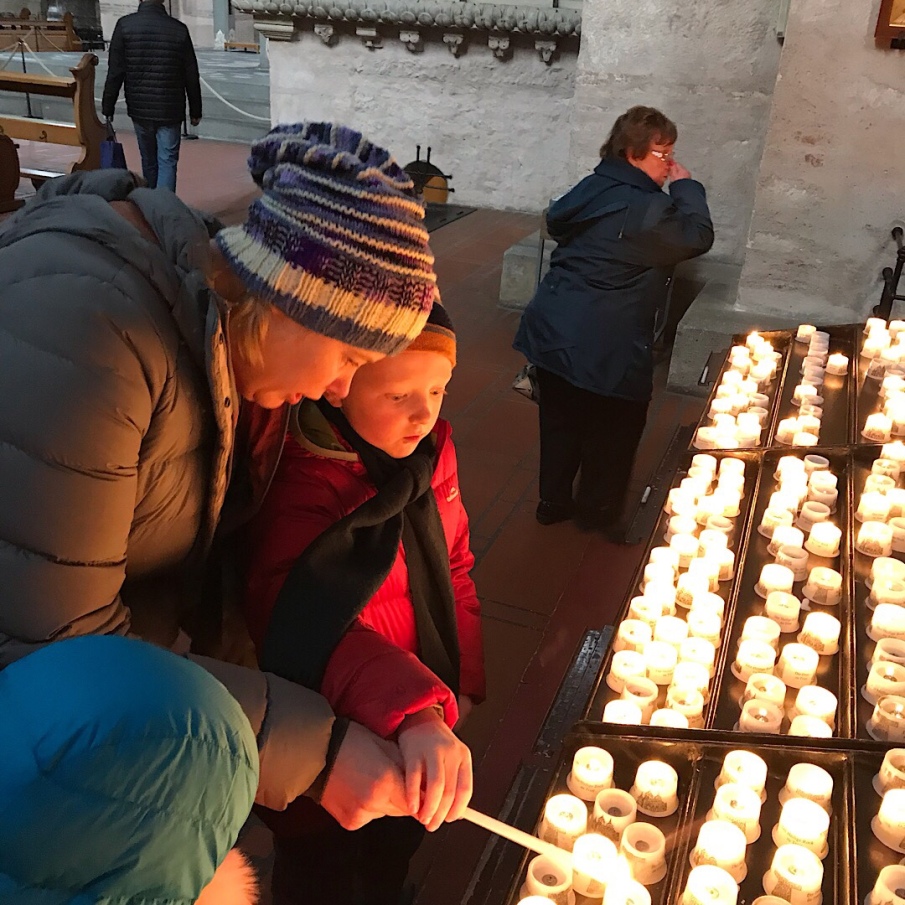 In the week we arrived in Germany to lounge in the Mosel Valley, Trier is essentially the only place we visited. We could, in all reasonableness, end the blog here but then you wouldn’t get to hear about yet another of our misadventures … and it’s only week 4.

Of the four gates that allowed passage into the ancient walled city, one doubled as a hillside amphitheatre, capable of seating 20,000 (or the average attendance to a Sunday twilight Port Power footy match at Adelaide Oval, yet around a third of the city’s Roman population). Built in the 2nd century AD, this captivatingly restored arena is built over a network of shadowy cellars, dungeons (for accommodating the animals and doomed prisoners of the Roman Empire), tunnels and vomitoria. Yes, you heard right. A vomitorium is a passage situated below a tier of amphitheatre seats through which the crowds can exit rapidly at the end of a performance. Thanks to the interpretive signs, we learnt the word is derived from the latin verb vomo, ‘to spew forth’. 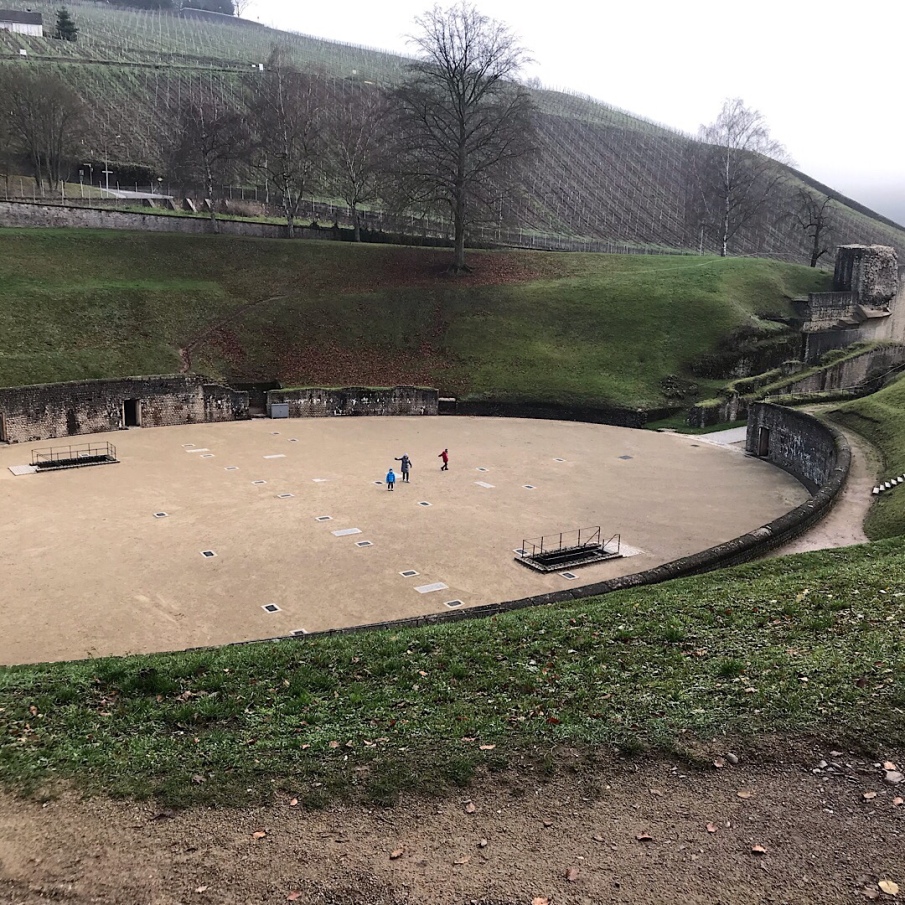 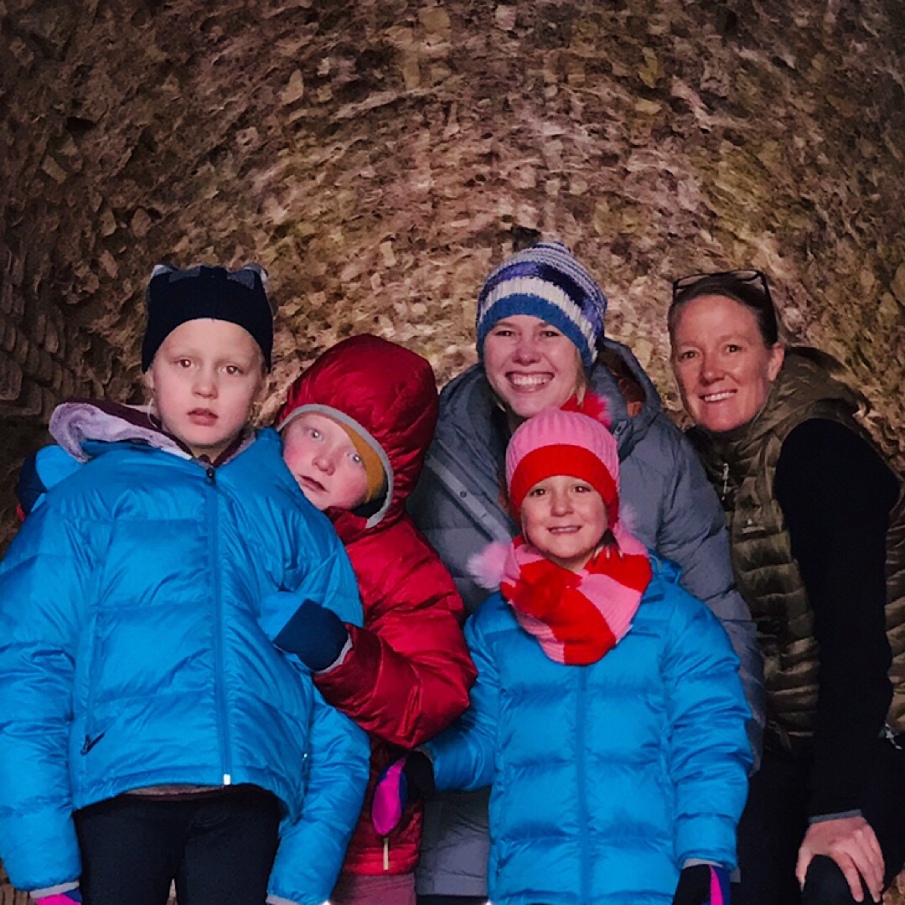 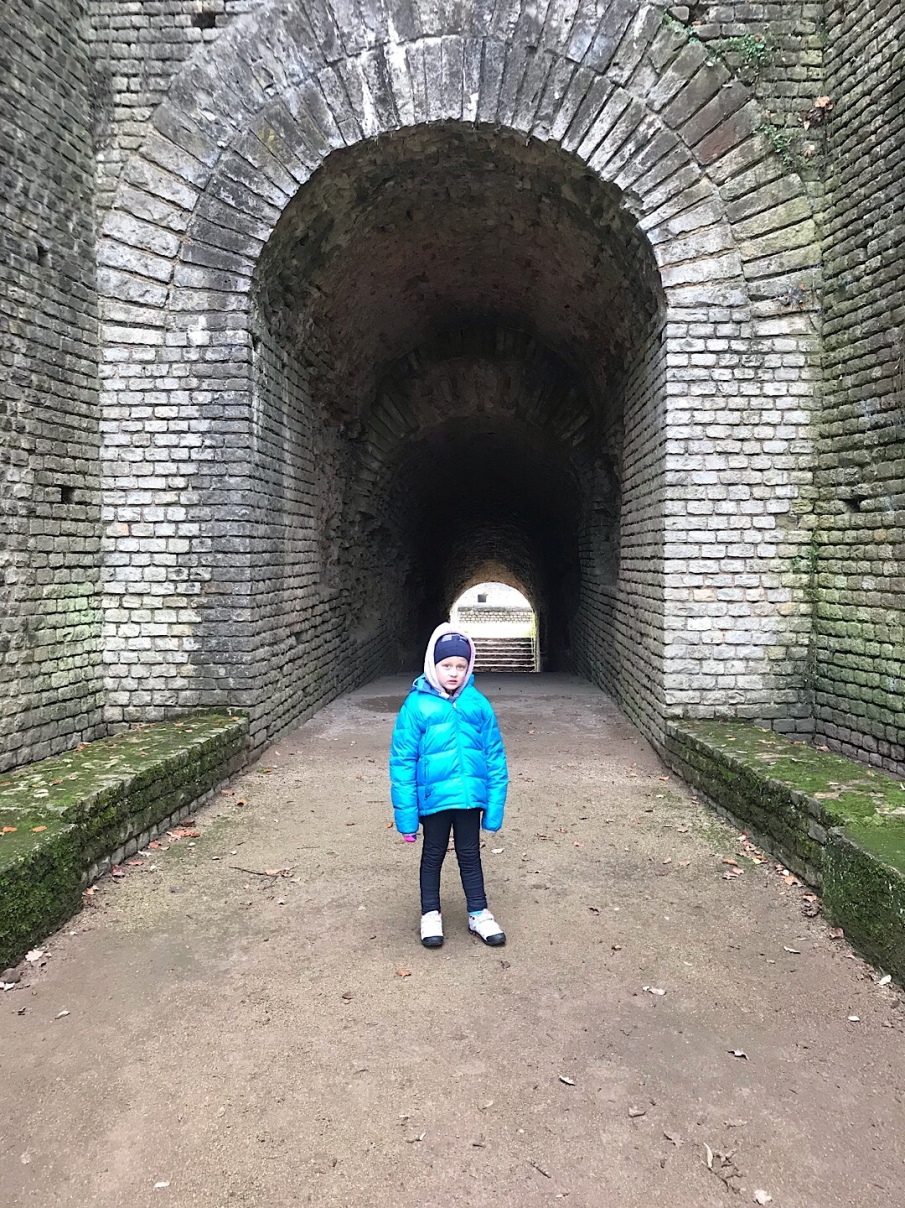 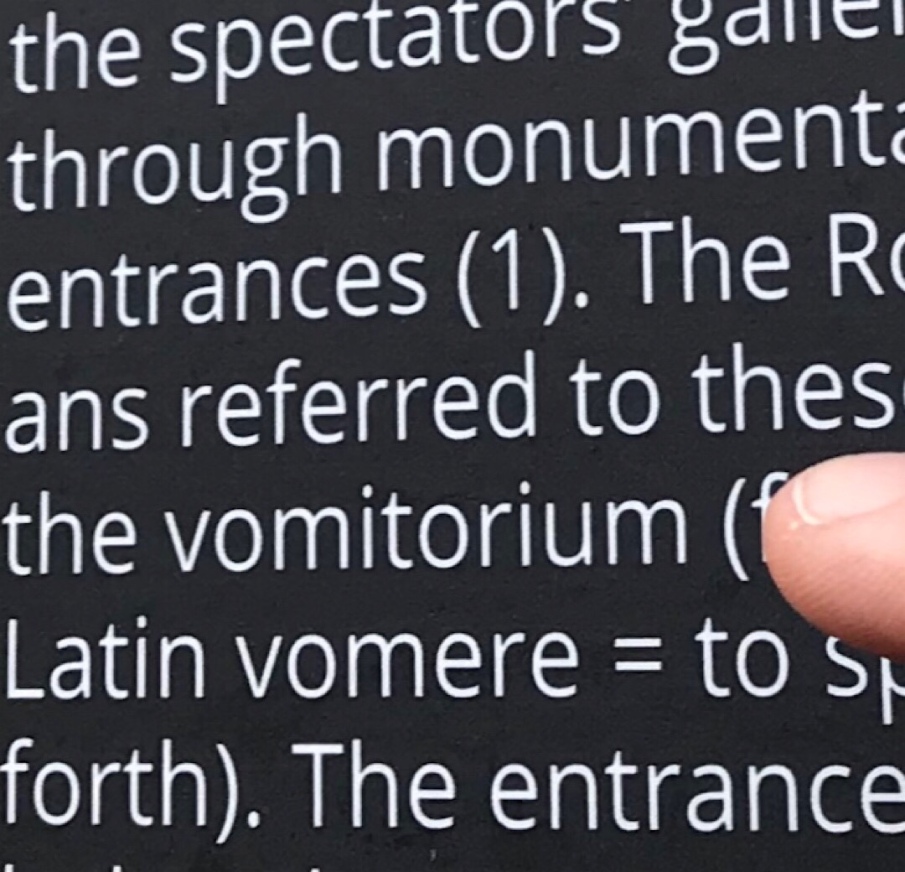 By equal parts hilarious and eerie coincidence, our family were spectacularly vomo­-ing all week in a cruel game of gastro-tag. Squirt was first, followed two days later by Koala, then two more days later by me and Bug.  No amount of handwashing and lathering of door handles with alcohol and bleach could stop this rampaging virus. If human skin were to comprise ten layers, the skin on my hands had lost nine. All to no avail. Just as we tentatively prepared for a day’s outing another victim was claimed, as if we were playing a real-life game of Cluedo, trying to sleuth the location and timing of the first spew; Squirt in lounge room with iPad, Koala in car with gloves; Bug outside swimming pool with towel. Welcome to Germ-any. Ha ha.

Our accommodation of choice was a holiday park called Landal Sonnenberg, situated on a forested ridge overlooking the near-perfection of clustered white houses called Leiwen amongst the famous vineyards of Mosel, clinging precariously on the steep hillsides all around.  The park was wonderful, and the cabin bright, spacious and modern with a beautiful bathroom, which was fortunate considering how much time was spent therein.  There was an onsite bakery (pretzels, yum), expansive indoor heated pool and cavernous indoor playground and kids club, allowing ample if unintended opportunity to pass our germs onto other unsuspecting holidaymakers. 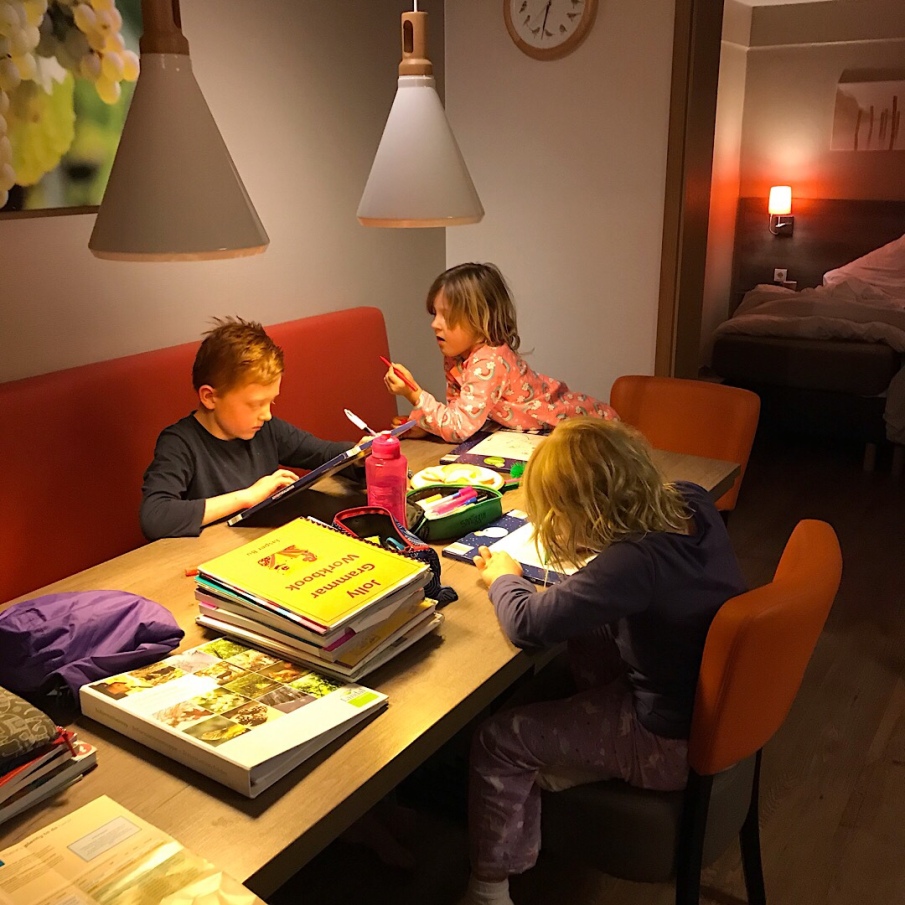 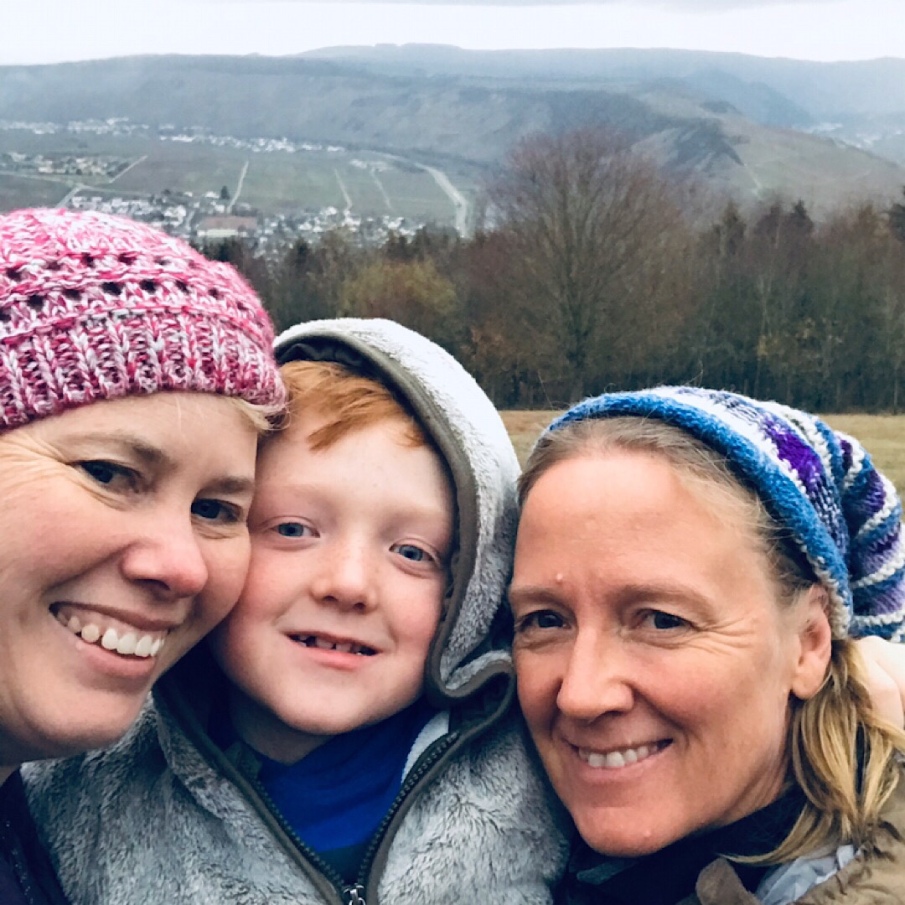 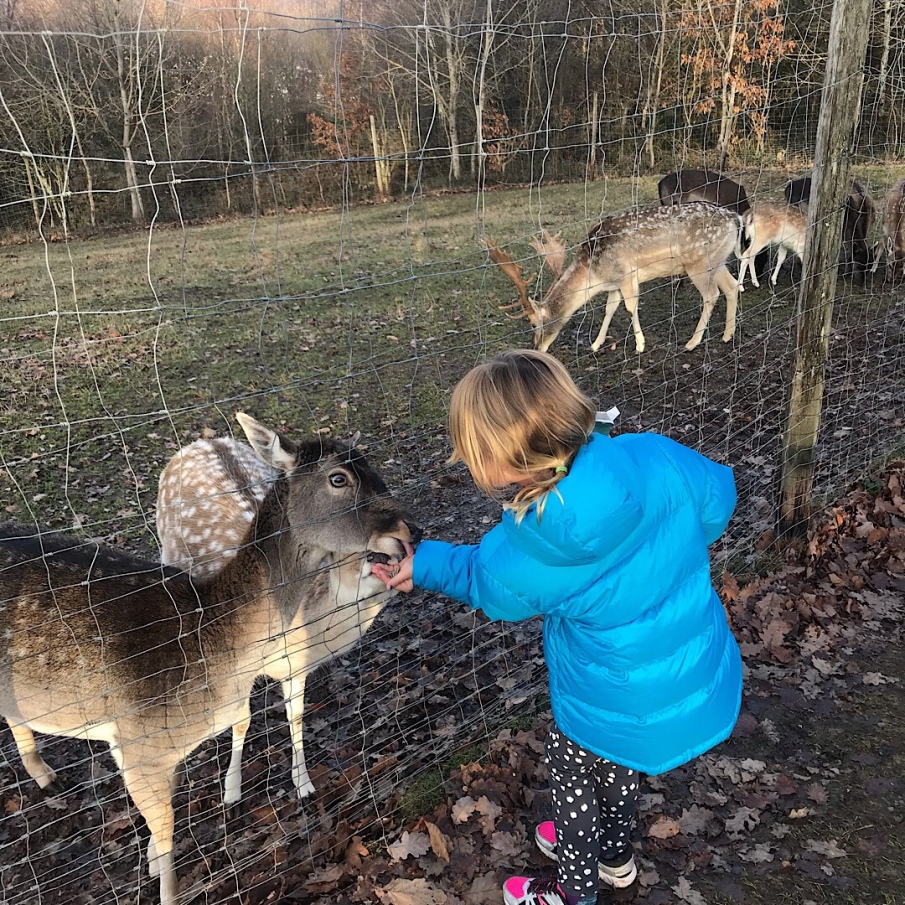 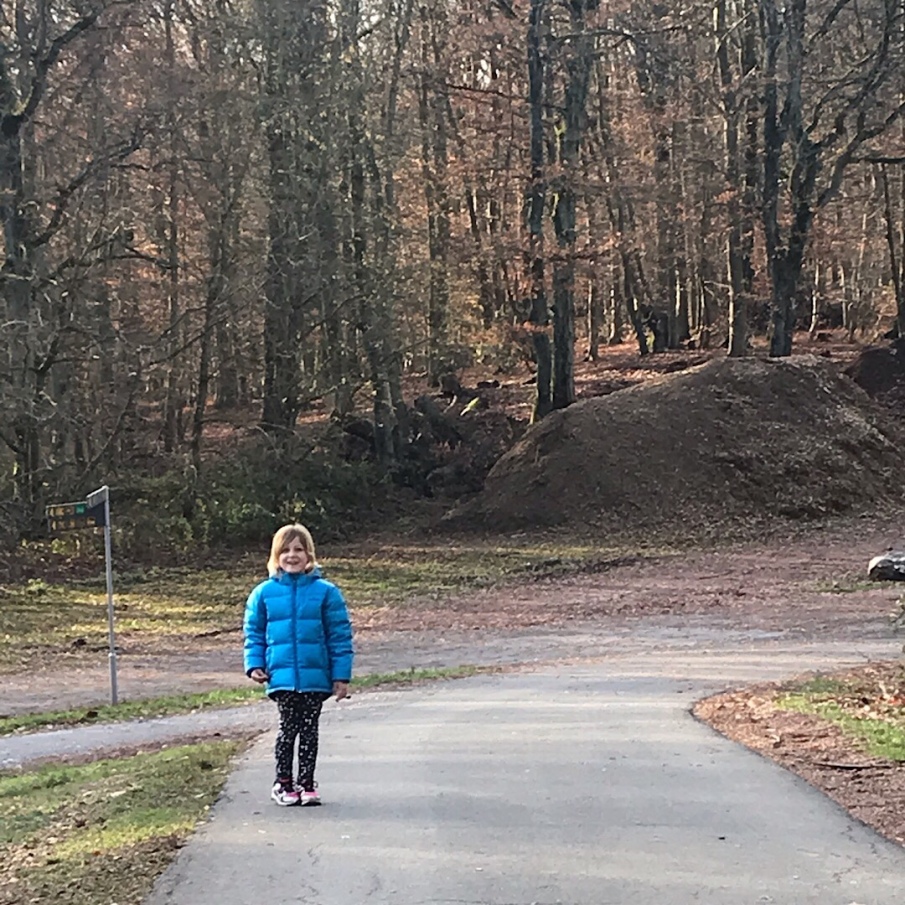 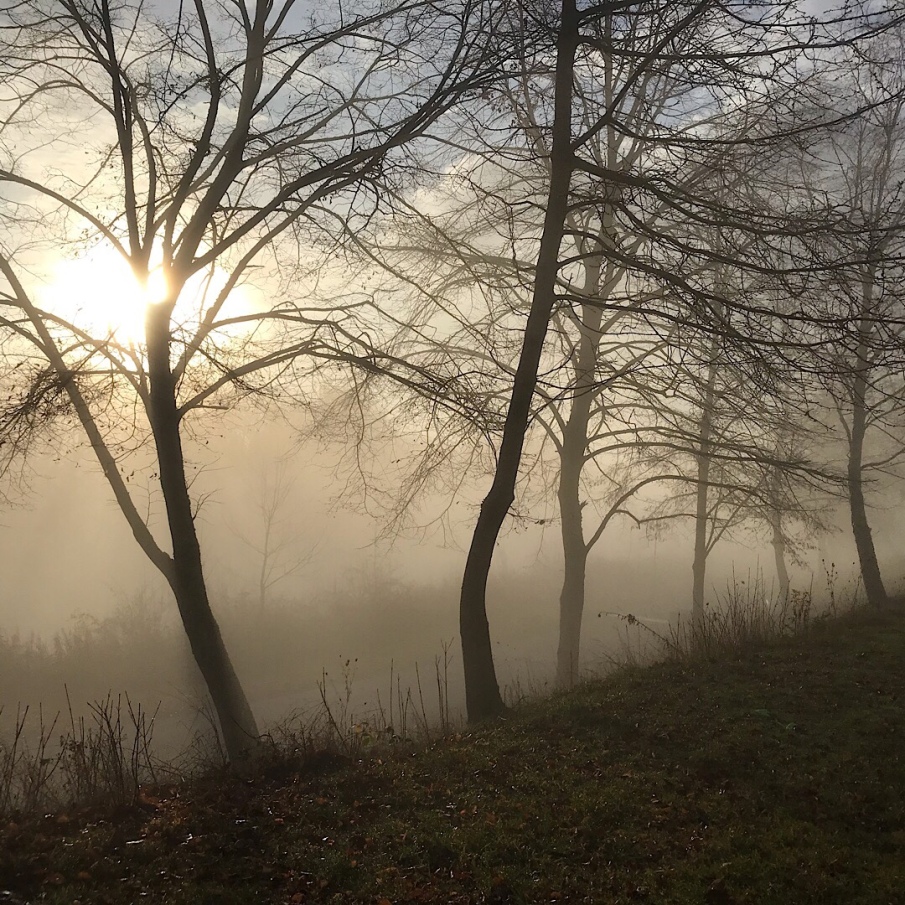 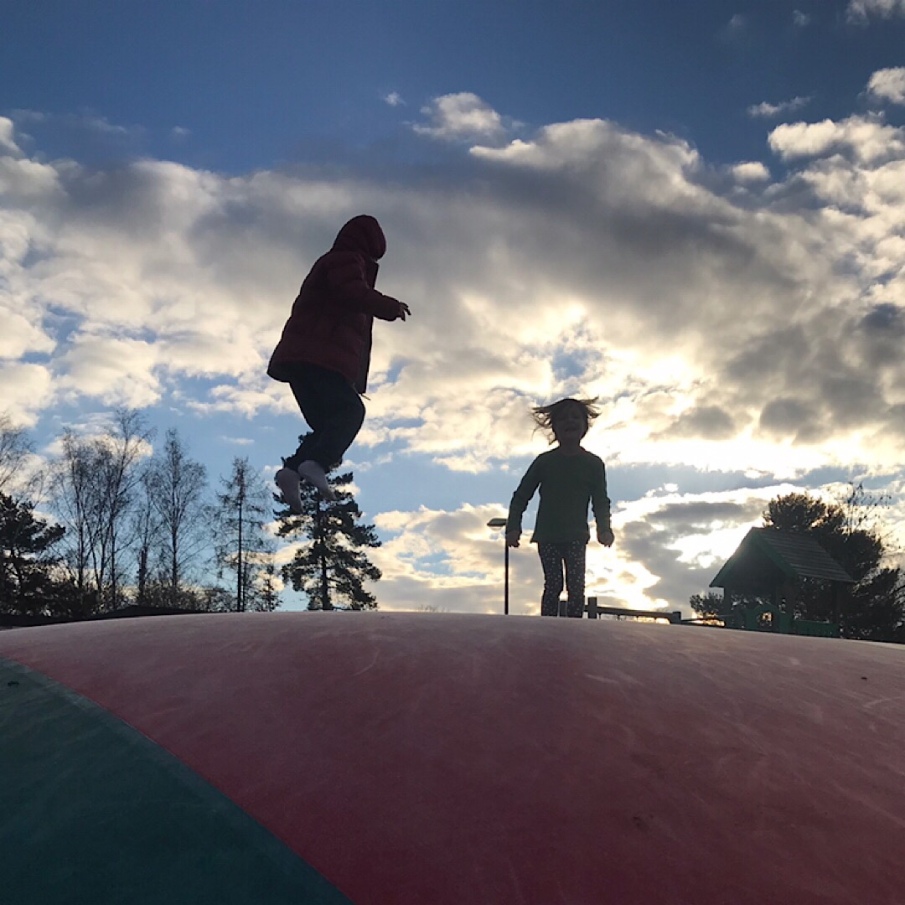 Rewind a moment, and our flight from Bangkok to Frankfurt was uneventful (if likely the source of our lurgy).  The flip-flops were packed deep inside our luggage and we barely stepped foot onto the aerobridge when the puffy jackets were being hastily ripped from our day packs.

Travelling for a year means of course that our budget is not quite the same as it would be for a two-week getaway to somewhere tropical so everything we do – whether it be transport, accommodation, food or entertainment – is priced and triple checked to see if it fits our budget. It means hours of scouring websites and trying out alternatives. For example, car sharing sites such as Drivvy rather than your usual Avis, Hertz etc. Of course, this is all trial and error so you might end up with a cigarette-reeking bomb or not! Well on landing at Frankfurt we learnt that rather than having our car delivered to us it was still apparently sitting in front of its’ owners house 12 kilometres away waiting for us to get off a twelve-hour flight and tackle the local bus system to find it. Yep budget travel. So, armed with a phone and Google Maps Steph set off leaving the kids and I to a long wait at a McDonalds in Frankfurt Airport. Steph survived and arrived back at the airport triumphantly with our transport but unfortunately Bug put his backpack down for a couple of minutes and like magic it was gone. His trusty sidekicks, Chomp the Shark and Claude the Crow, gone and one sad Bug.  Oh well … onwards we go. 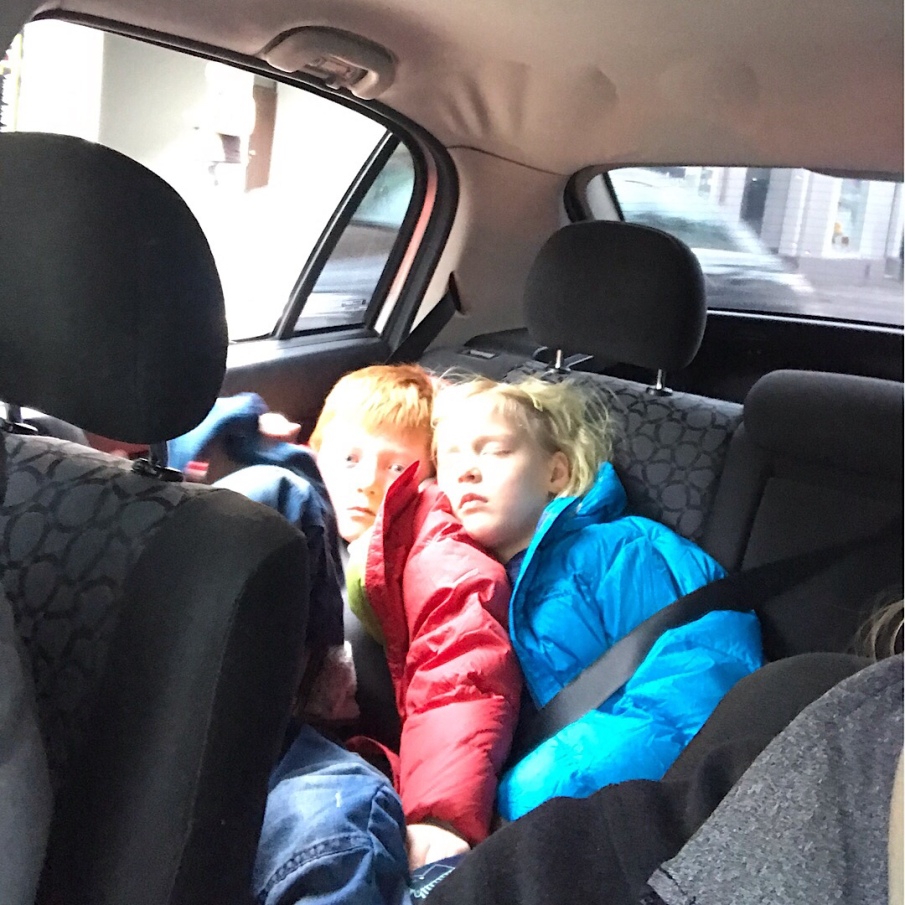