Dunstable is not a place you’ll find on a tourist map, but that doesn’t mean bypassing it on the way to somewhere else. Dunstable is a town in Bedfordshire about 15 minutes from Luton Airport and an hour or so drive north west of central London. Like we’ve blithely and naively stumbled upon before is the fact that every shire in England (ok, at least the five we’ve seen so far) is packed with natural beauty and interesting things to do.

The best thing about Dunstable is that it’s on the edge of the Chilterns, an expanse of green wooded hills with drop dead views over Dunstable Downs and seemingly half of England to the west. 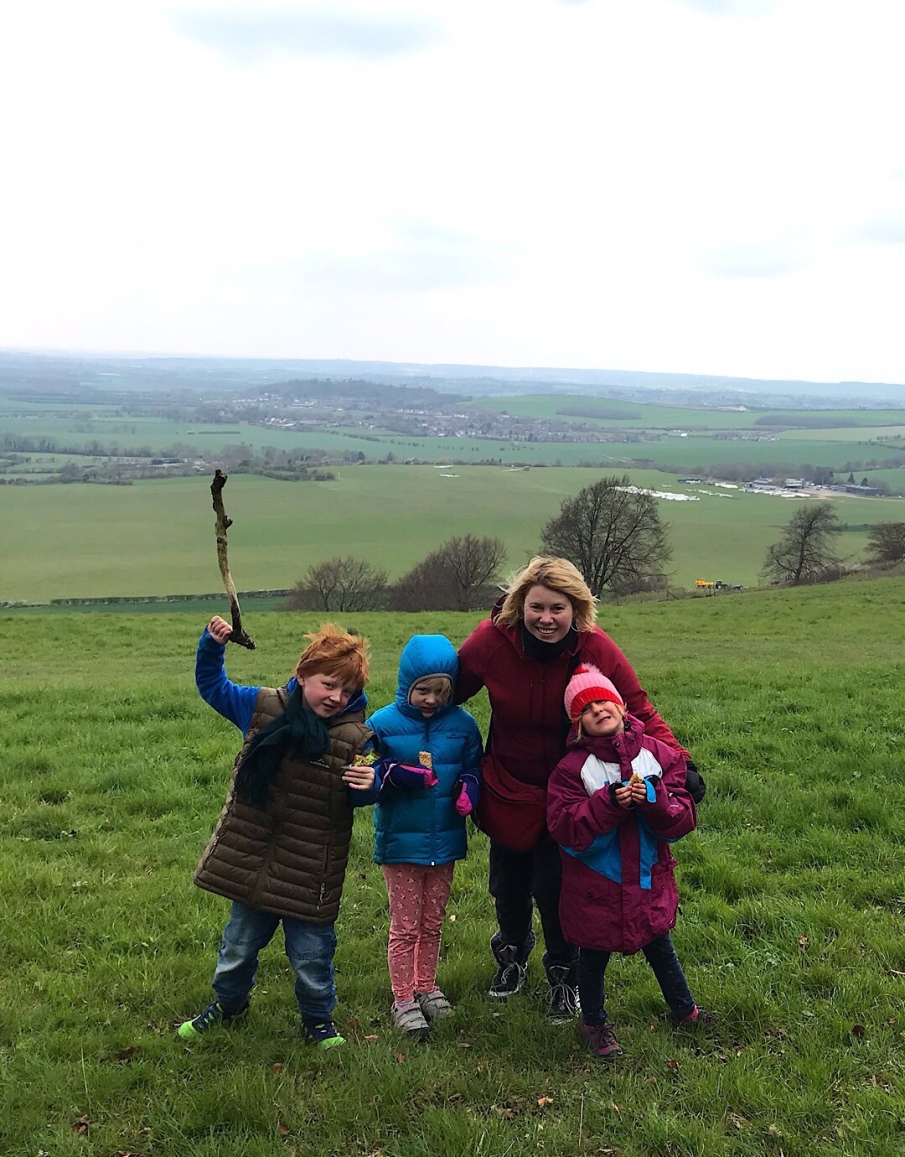 Thanks to a fabulous housesit looking after Rhody, a gorgeous black Labrador and a spitting image of our dear Jazzy who we had for many years, we revelled being ‘home’ for a couple of weeks over the Easter holidays. For a few days, the weather turned positively if unseasonably tropical and we lazily lounged around. Our typical day consisted of a smattering of online homeschooling (kids) and work/job hunting (me), vigorous games of backyard soccer, trips to the supermarket, walks with Rhody to the nearby hills and playground sessions where we’d chat with friendly locals and their dogs, shout at our echoes from across the valley, and Koala would run ragged on the best neighbourhood zipline we’ve encountered (where she’d be catapulted a full 180 degrees at the end). We also committed to some personal spring cleaning – haircuts on the back deck(!) – hoping to convince the world and ourselves that we weren’t a bunch of ferals raised by the local wolf pack. 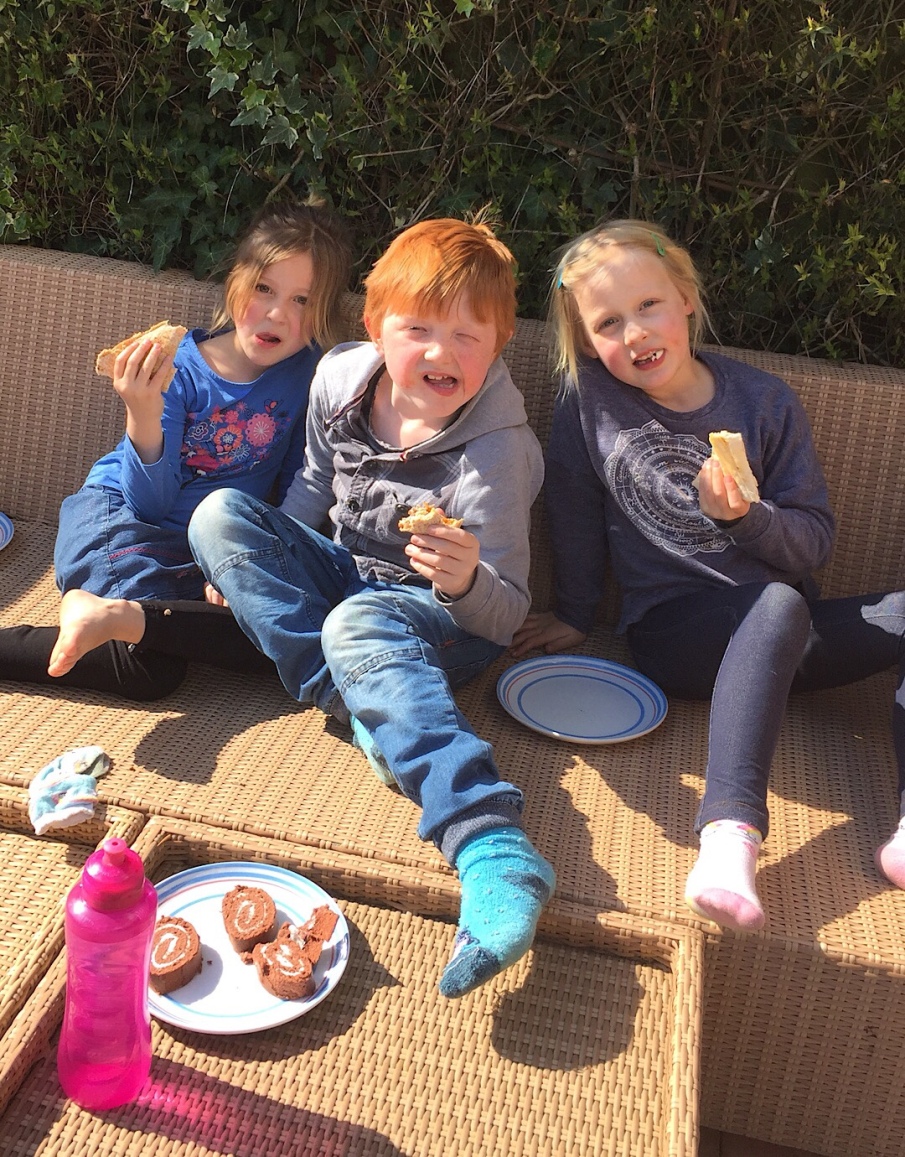 Have you ever seen in books, photos or TV shows a typical English scene of endless stretches of grass covered in a carpet of flowers?  As a child living in dusty brown rural South Australia, I would pour over these images and, rather sceptically, assume them to be fake.  Wrong. They exist and they’re a wonder to behold in real life. We had a vast hillside largely to ourselves and if we didn’t roll down or run down uncontrollably with arms flailing, I’d lie in the middle nose to petal with one of thousands of little spring blossoms. 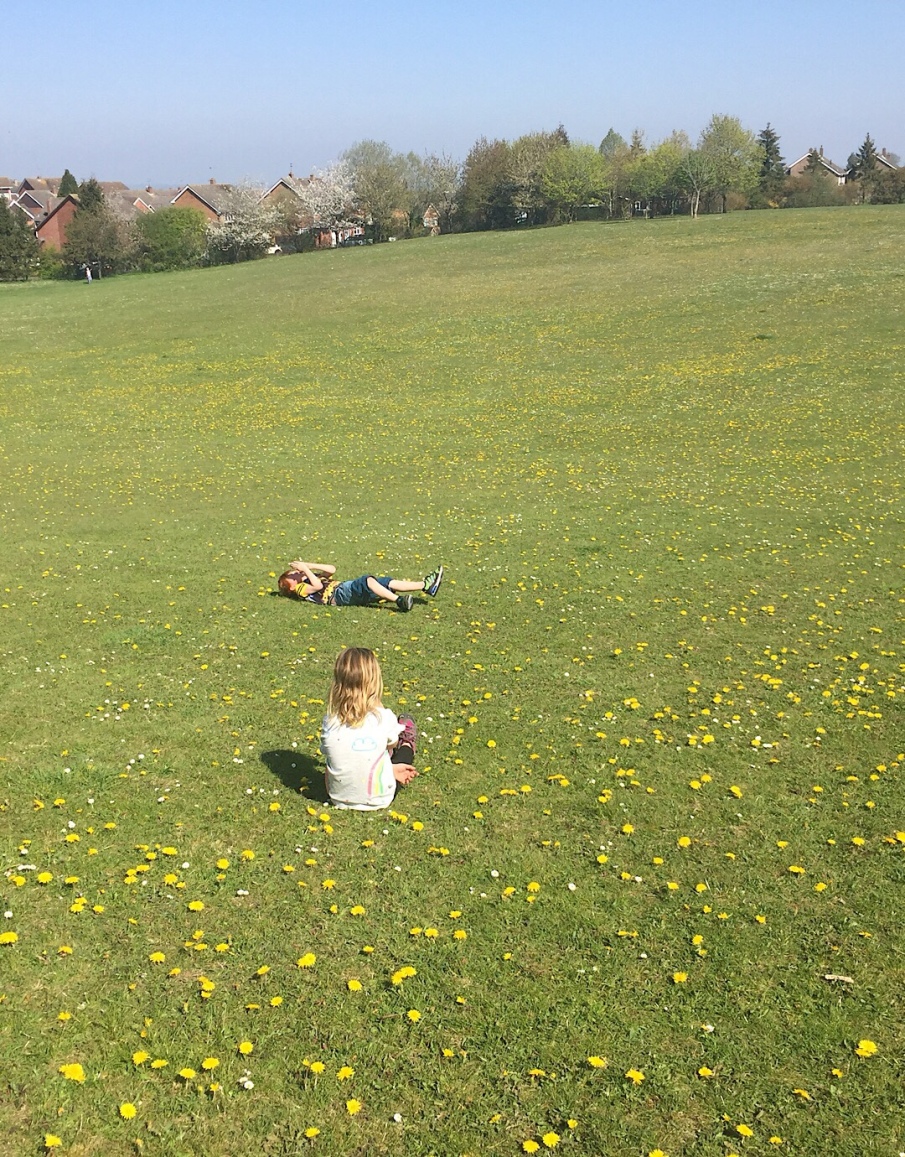 Easter is a crucial milestone in our annual calendar (of course!). And it must be obeyed. Thankfully there was no shortage of local opportunities for some eggy action. Good ‘ol Cadbury put on a scavenger hunt at the precipitous ridgeline overlooking Dunstable Downs – where the cold winds on that particular day can and nearly did slice us in many parts – leading us to an inventive nature-play area in the forest and back to a reward of large chocolate eggs wrapped in that perfect and familiar shade of purple foil. 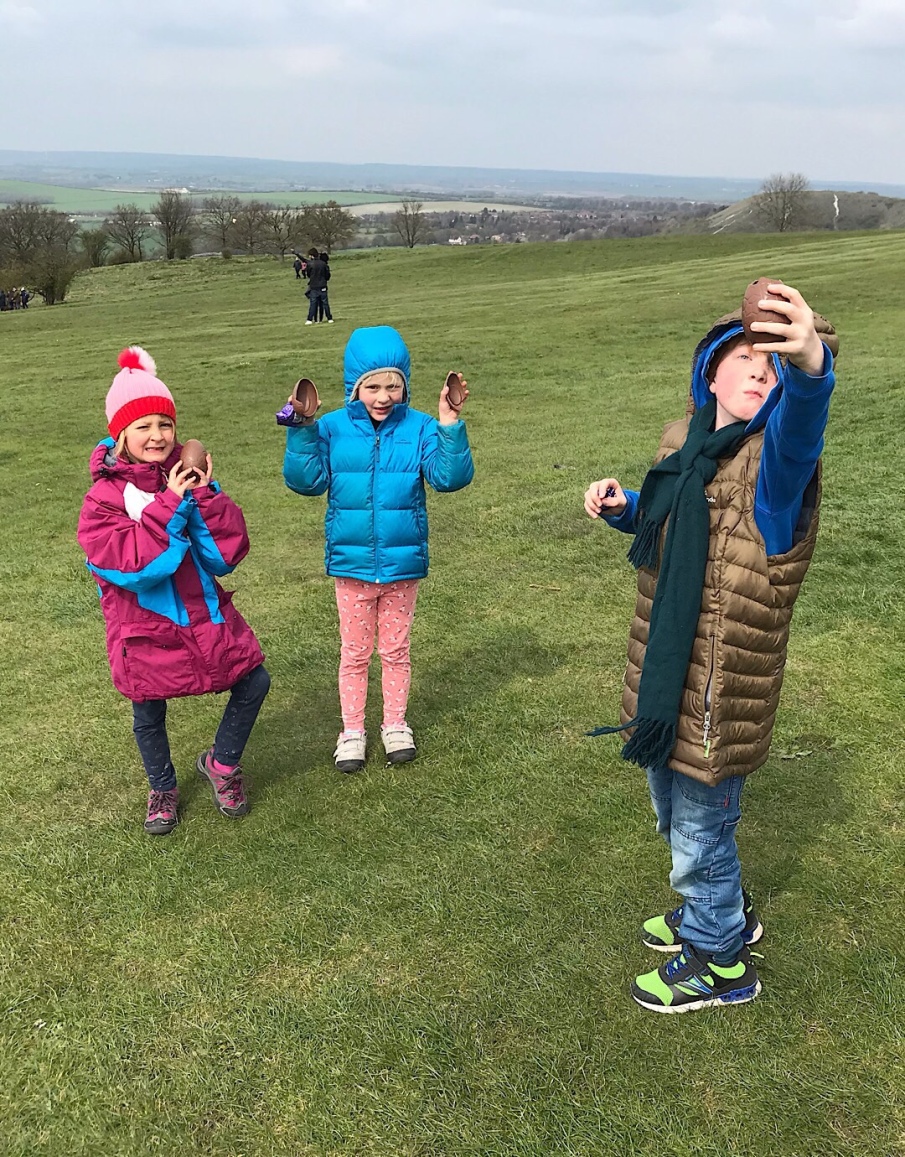 Not three days later and we were bathed in sunshine in the beer garden of our local pub, The Farmer’s Boy, struggling to choose from their hundreds of board games, making Easter decorations and hitting up the volunteer Easter Bunny for a selfie.  The drive home was a slow crawl along two kilometres of mostly single width country lane which was a true blessing after all the sun and beer. 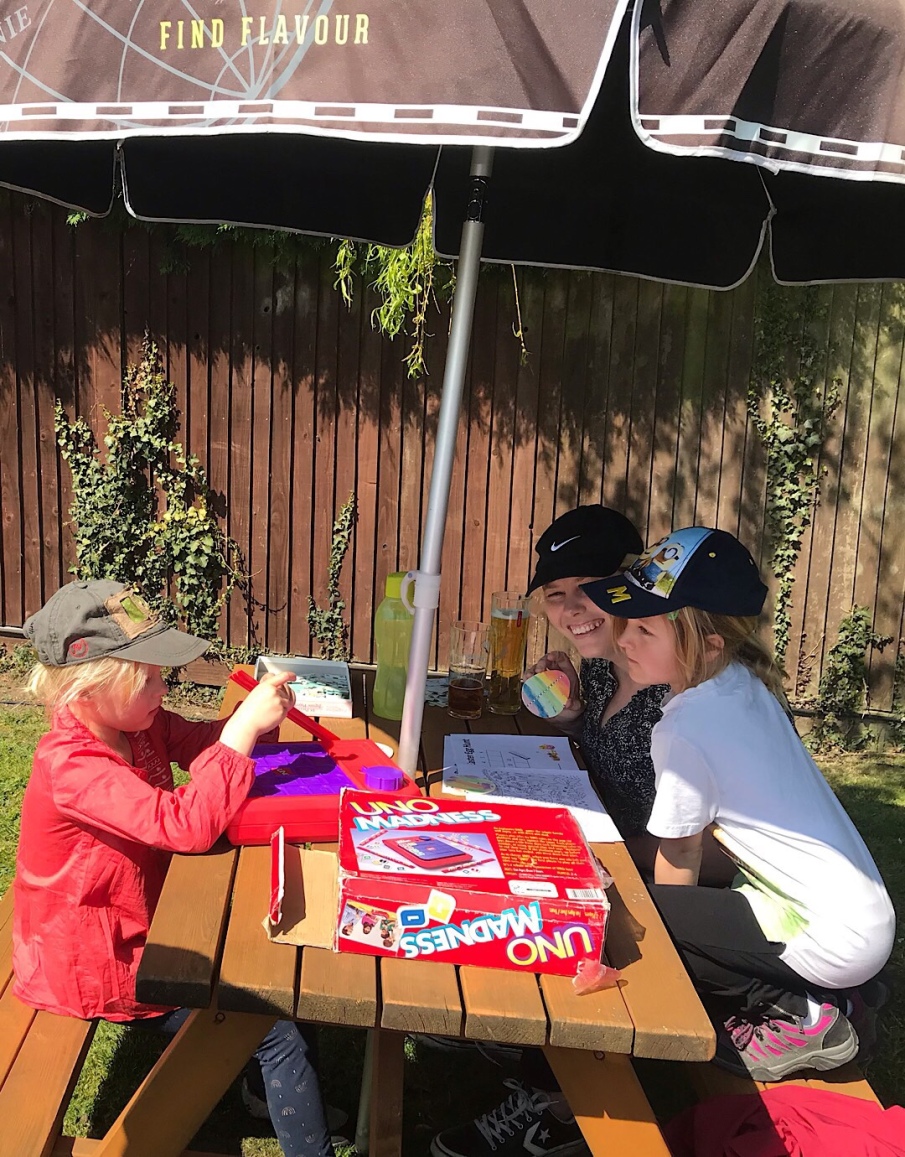 On Easter Sunday, the real Easter Bunny found us in far-flung Dunstable (living up to the assurances we gave our kids every single day for many weeks beforehand), laying his bounty around the backyard to be found in the usual frenzied way.  In the afternoon we filled ourselves to the ceiling with a hot lunch and got pleasantly sozzled under the backyard umbrella with our London friends Theresa and Richard. 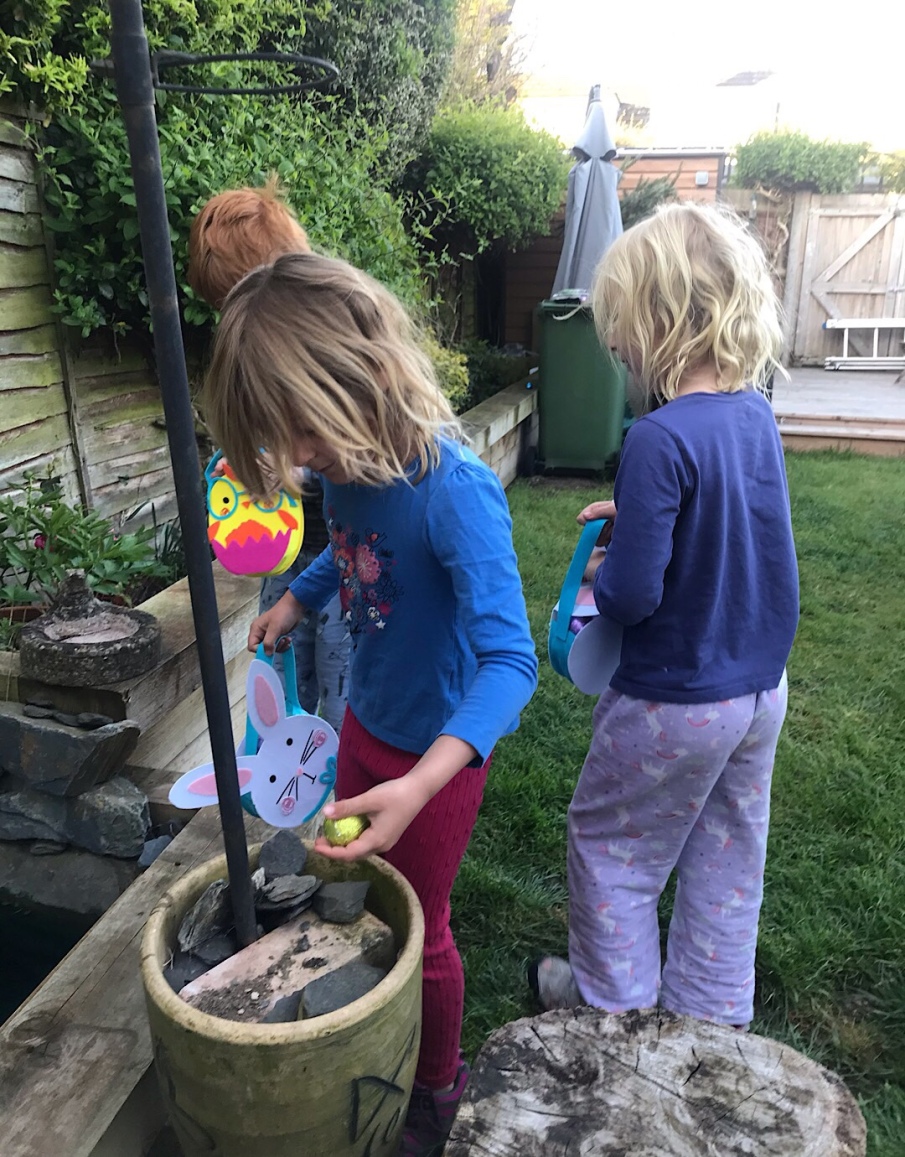 OK, enough of the domestic routines. What did we actually get out and DO, I here you ask? Fair enough.

Lee River Valley is an expansive and beautiful nature and recreation area 45 minutes drive from Dunstable around the outskirts of north London. The best part is you can hire bikes and canoes or just ramble around. The worst part is the cycle path we chose is defined by the canal on one side and a barb-wire fence on the other … and we’d completely failed to factor our kids’ recent dearth of cycling practice. Within five minutes, Bug had wobbled into the fence and pierced his hand on a barb and Squirt had wailed, panicked and fallen again and again through her lightning re-introduction to cycling. Koala was the only one having a moderately good time, sitting proudly on a tag-along bike, offering mostly unconstructive advice and insisting I “just go” and, by inference, leaving her siblings alone to their gruesome fate either strung up on the fence or at the bottom of the canal. For GBP28 we covered 1.5km of the intended 7km round trip. In the end, the pain was possibly worthwhile with their confidence not completely crushed and their cycling memory chips rebooted. Lisa and I just wanted to go home, hide under a blanket and down a bottle of wine … each. 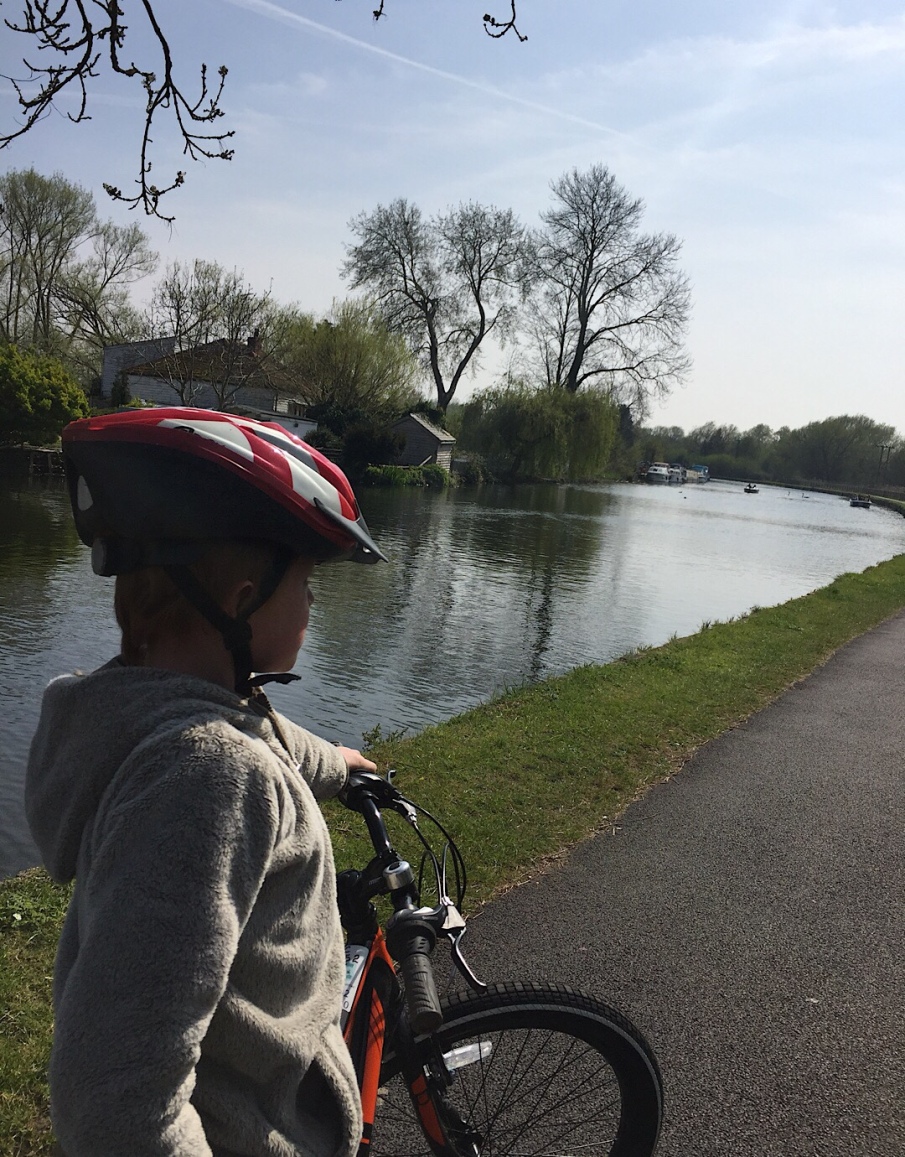 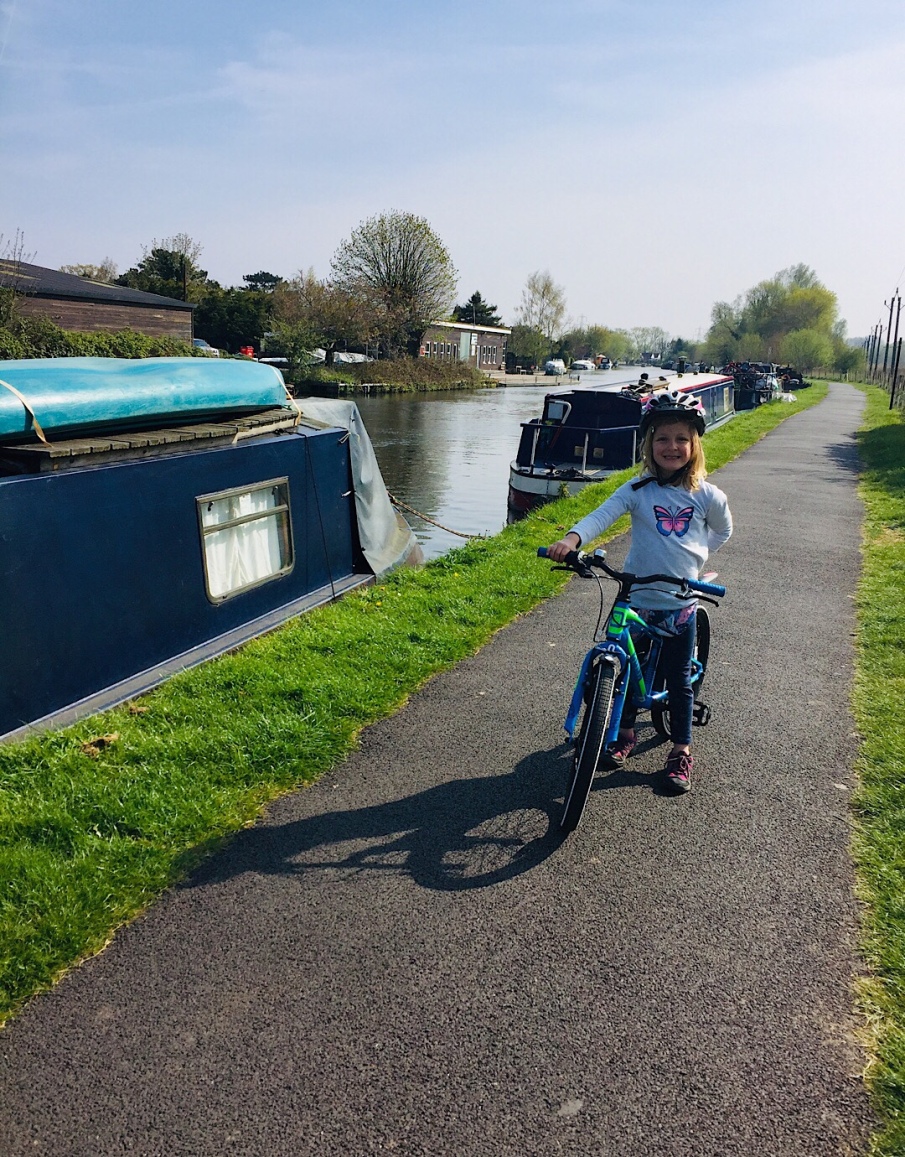 The girls loved kindergarten and were less than pleased with having to say goodbye a few weeks earlier than their friends at the end of the 2018 school year. Imagine their excitement when we had the chance to catch up with one of their much loved teachers on her UK holiday! We planned to meet at the Princess Diana Memorial Playground in Kensington Gardens. After a seemingly endless amount of research into London transport we settled on a plan that saw us drive partway into London, park in someone’s driveway (using the recommended JustPark app) and jump on the nearest train.  Not only was it wonderful to see Carol and Nick, we loved the diversity of the playground itself.

St Tiggywinkles is a truly inspirational animal rescue and veterinary hospital located in Haddenham, Buckinghamshire, caring for local injured wildlife – polecats, hedgehogs, foxes, deer, badgers, red kites, owls and multitudes of orphaned bird chicks – for over 30 years. It’s grown steadily in size over the years, including an art space and playground, giving the place a friendly local feel. My favourite thing to do was watch their staff expertly and carefully feed the chicks one by one; every 15 minutes for the youngest. Their emblem is a hedgehog – hence the name Tiggywinkles derived from a Beatrix Potter tale – and the focus of much of their work. We learnt much about these beautiful animals; most importantly, the way to encourage them to uncurl from their defensive spiny ball is by gently jiggling them in a cupped hand. There. Now you know. 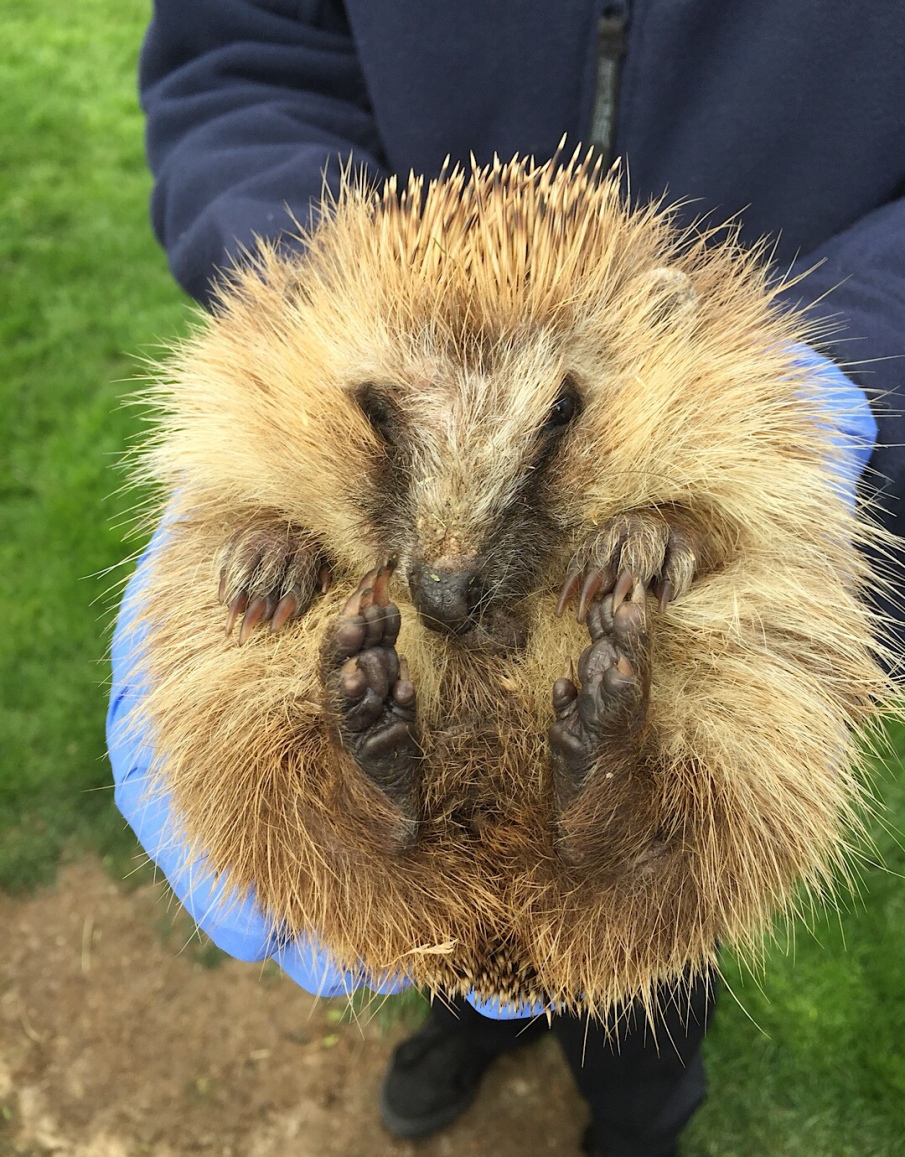 One thing that takes us by surprise wherever we are in the UK is the ever-present brick and mortar reminders of major turns in European history. St Albans is one of those places; a nearby town that heralds back to Roman times and was the site of a famous victory by Boudicea and her British Celtic army. And it was just up the road from Dunstable.  Being school holidays, a large space in the Town Hall was taken over by local potters, allowing anyone and everyone to add their bit of artistry to large clay models of local historic buildings. Bug added a witch, a Marvel character and some dynamite. Koala decorated one model with a family of hedgehogs. And Squirt and I created something that looked like an old British phonebox. Satisfaction all round. 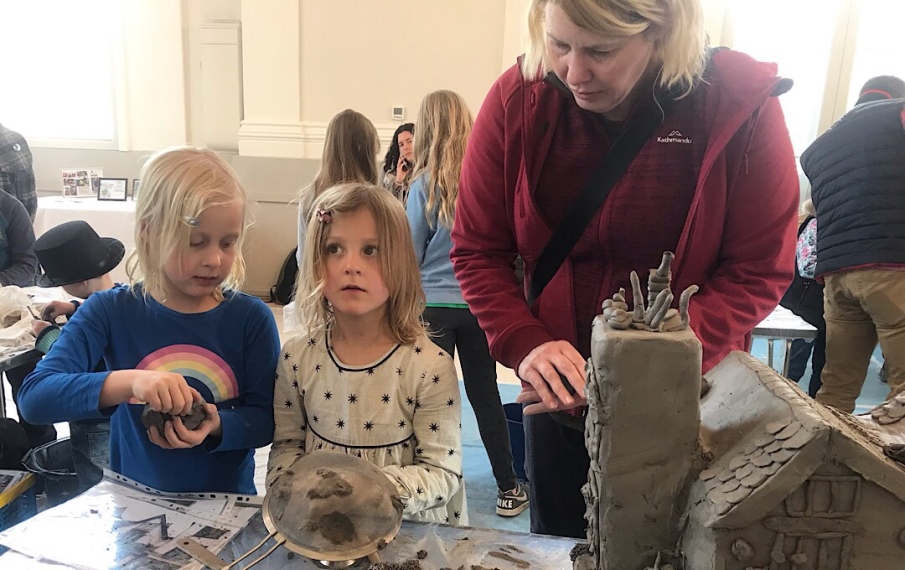 Our luggage holds waaaaay too many books, many of them Roald Dahl. We’ve together on this trip read The Witches, James and Giant Peach, The Twits and Danny Champion of the World. A pick of our excursions was therefore the Roald Dahl Museum in Great Missenden, a town in the heart of the authors home county.  It’s a small museum but every square inch is packed with things to do. The kids took part in Miss Honey’s Science Workshop and we immersed for as long as we possibly could amongst the interactive exhibits, testing our knowledge of his many zany characters in a quiz, making up Dahl-esque words to try and match ‘scrumdidlyumptious’ and ‘snozzcumbers’, and creating our own stories and illustrations. We were the last to leave, gently herded out the door into the main street as dusk started to settle. 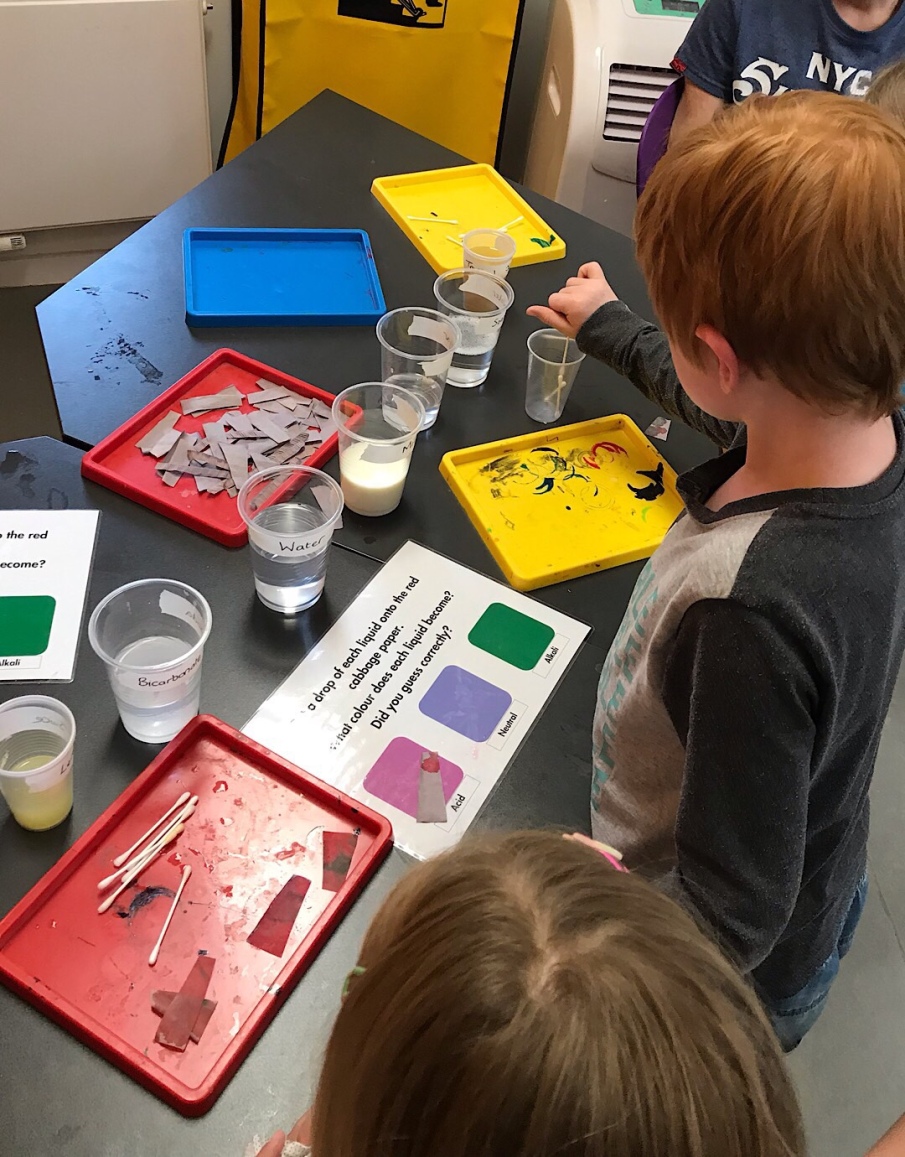 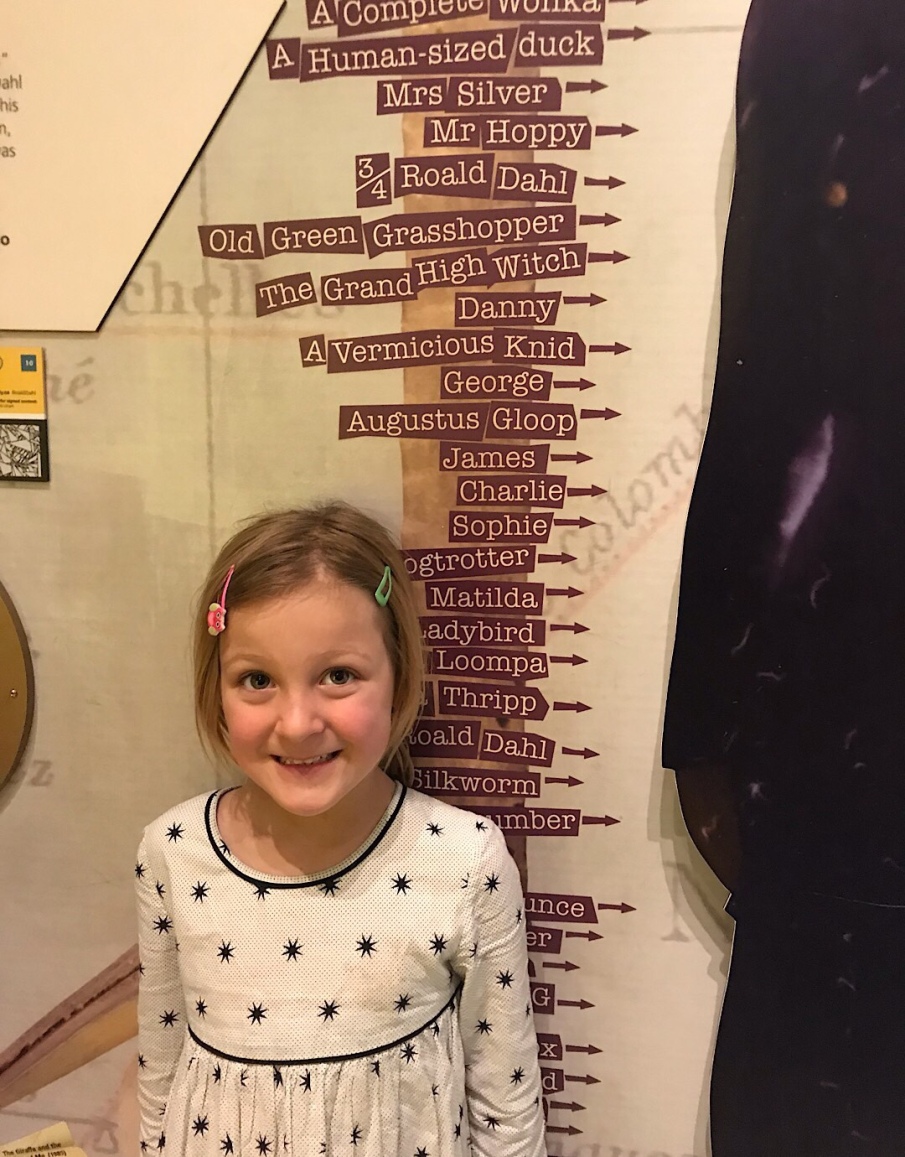 After a couple of weeks settled in one spot, Lisa and I have to mentally change gears to ‘travel mode’.  It starts with a floor to ceiling search for our things which seem to get distributed within the first hour of arrival to every possible corner of our accommodation. Then (drum roll) the dreaded packing. This task becomes especially technical if we’re about to get on a low-cost flight. Then we activate our transport plan. The best days are when we simply jump in our hire car and drive to the next place. Too often it’s a concoction of transport modes, finding the middle ground between (a) budget, (b) time and (c) lack of desire to haul our bags on foot over long distances. As we couldn’t hire a car for more than a month through Green Motion Rentals, I had the task of driving it back to Heathrow Airport at dawn, then taking three trains and three shuttle buses to Luton Airport in order to pick up another car that we could then use a couple of days later to make our departing flight to Italy. Yep, making up this travel thing as we go means some days feel like an epic fail.